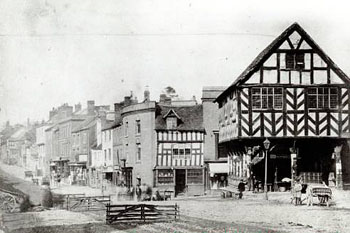 Ledbury has a fascinating history and there are excellent websites and books recording life in this small market town. Often restricted by time and space a broad sweep of the subject is sometimes adopted but there is still much to be discovered. The nineteenth century seems to be relatively unexplored, which is a pity as it was a time of great change. This web site looks in detail at some little known facts.

Click the image in any section for the full story.

The Southend street in the nineteenth and early twentieth century provided almost any service you could wish for - boots fixed, hair done, grocery, meat, greengrocery, drapery and legal affairs sorted out. Today few of these facilities remain. Look at the history of the street by clicking on the picture and take a walk down from the Upper Cross. 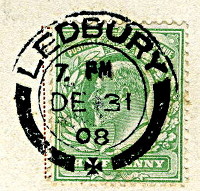 The history of the Ledbury Post Office with its various locations is shown here from 1841 to the present day including the Homend and New Town Sub Offices. 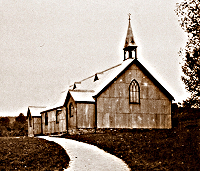 The Rev. John Jackson arrived in Ledbury in 1860 and upset many of his parishioners so much that they deserted the established church and set up an independent one in a tin church in New Street.
You can read the full story in this section.

The arrival of the Gloucester to Hereford canal and later the railway is a good example of how an integral part of a town’s history can be almost overlooked yet it altered the face and the fortunes of Ledbury.
Little is published of the canal’s construction and its route through the town and today the only clues left that it ever existed is the ‘The Old Wharf’ industrial site south west of the town and a couple of street names.

The first part in this section looks at the history of the canal.
This section takes you on a walk from the Old Wharf to the bridge, which still exists, under the Malvern to Hereford railway and showing features along the route.

Giving a flavour of life on the canal these Newspaper cuttings give some idea of what boatmen and wharfmen got up to.

Canal trade opened up communication and the population grew. More trade attracted undesirables and the need for an effective police force became essential.
How was Ledbury policed during the nineteenth century? Click on the policemen to find out.


The Toll Road system and the houses associated with it are discussed here. Relevant research and newspaper reports of the nineteenth century give some idea of the life and times of the gatekeepers.
Click the image to open the gate.

Today there are at least a dozen places in Ledbury where you can satisfy your coffee craving but in 1880 there was just one
Grab the cup and read all about it.

A town's history lies in its churchyard. Ledbury is no exception.
Here you will find a history of the cemetery and a list of Monumental Inscriptions for Conformists and Non Conformists up to 1900. 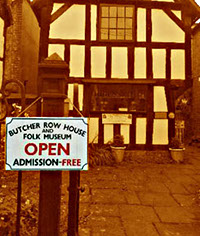 The Butcher Row museum in Church Lane has an interesting history. An Act of Parliament was needed to secure the building's removal from the row of buildings causing obstruction in the middle of the High Street, click on the "Open" sign to read more.

This kind of research produces many names of local interest. The people featured here contributed to the life and fortunes of the town and I have collected them together accompanied by a small biography. Most of the names at this time are associated with the Canal but as other subjects are researched new names will be added.
Click the icon to access. 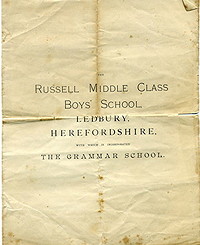 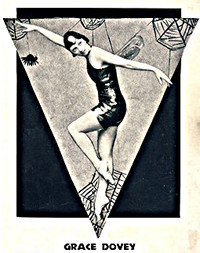 Grace Dovey and the Grace Dovey Dancing School were well known in Ledbury during the last century.

More Ledbury History can be found on Old Ledbury site

I am indebted to all members of the Old Ledbury Facebook Group for their collective memories without which the research for this site would have been even more difficult.